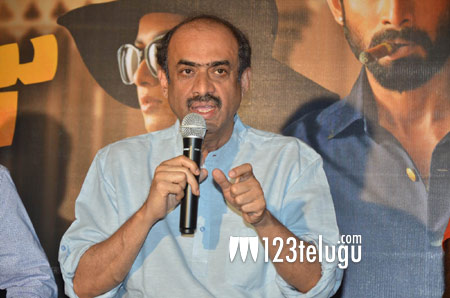 D Suresh Babu and Rana, the Daggubati farther-son duo, are eagerly waiting for Nene Raju Nene Mantri’s release on August 11. The film is releasing in Telugu, Tamil, Malayalam and Hindi. As part of the film’s promotions, Suresh Babu interacted with the media and made an interesting statement.

Suresh Babu said that even though he looked after the film’s pre-release business and distribution in the Telugu states, it was Rana who totally handled the Hindi business deals as he has good contacts in Bollywood. The proud father, who is well-known for his shrewd business acumen, said that Rana totally dominated him in NRNM’s Hindi business.