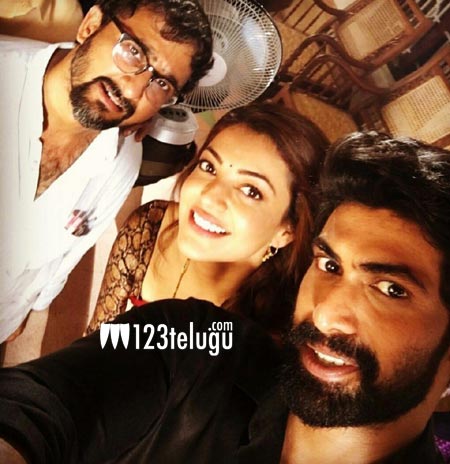 Everyone knows what kind of a strict director Teja is. He is busy canning his next film with Rana and has completed the first schedule of the film. Unit sources reveal that he is getting superb output from Rana and is grinding him in his role.

Post the success of Baahubali, Rana has become a huge star and is accepting some very interesting projects. With this film, sources suggest that Rana will once again impress everyone with his hard hitting performance.

Kajal plays the female lead in this film which is produced by Suresh Babu.