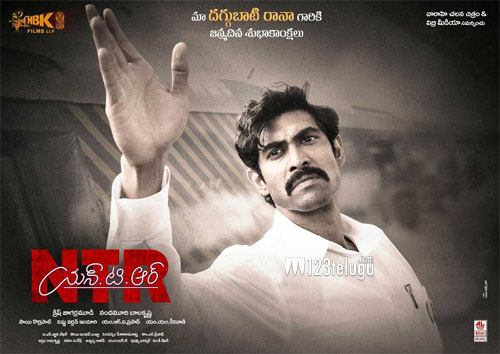 It is a known fact that Rana Daggubati is doing the role of Chandra Babu Naidu in the upcoming NTR biopic which is being made in two parts.

The first look poster of Rana as CBN was revealed today all over the social media. Rana is seen in the younger version of Chandra Babu with his trademark hand gesture and looks impressive.

The buildup for this film has caught on quite well as the trailer will be released on the 16th of this month. Krish directs this film which has music by Keeravani.