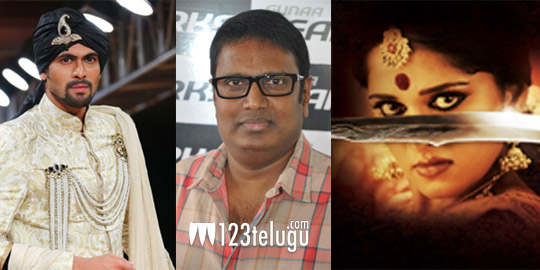 Young hunk Rana Daggubati has joined Anushka for the historic film ‘Rudrama Devi 3D’. The movie is being directed by Gunasekhar and Rana will be seen as Yuvaraja Chalukya Veerabhadra of Nidavardhyapuram (Present day Nidadavole). The character is crucial to the story of Rudrama Devi and Rana is reportedly excited about this project.

Ilayaraja is composing the tunes for this project and Thota Tharani is the art director. Ajay Vincent is handling the cinematography for the movie. Anuskha and Rana will also be seen together in ace director S.S.Rajamouli’s ‘Baahubali’.

The movie is being produced by Gunasekhar himself with a very big budget.