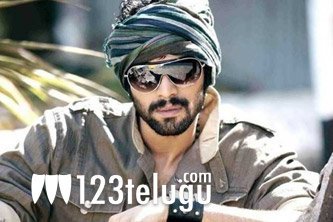 Two years since his debut in Sekhar Kammula’s Leader, Rana is finally going to make his debut in Tamil. Although he was supposed to do a Selvaraghavan’s bilingual period film, it was shelved for unknown reasons. The latest news is that he’s going to play an important role in Vetrimaran’s upcoming Tamil film titled Vada Chennai. Simbu is playing the lead role in the film and Andrea Jeremiah has been cast in an important role.

Dayanidhi Alagiri is going to produce the film on Cloud Nine movies banner. Vetrimaran had won the National Award for Best Director for Aadukalam and that film went on win other major national and international awards. Since Vada Chennai is his next film after Aadukalam, there’s incredible buzz surrounding his film.

Looks like Rana is in great company for his debut film in Tamil. GV Prakash is going to compose music for this film. Currently, the film’s pre-production is going on and the film will go on floors in March, 2012.