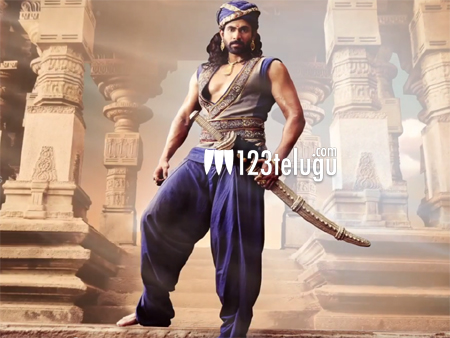 Gunasekhar’s dream project ‘Rudhramadevi’ has created a lot of buzz even before its release. Ever since Rana Daggubatti has been roped in, the expectations on the film have gone sky-high.

As per the latest update, Rana has started dubbing for the film. This movie is the first ever 3D historic movie and it will be simultaneously released in Telugu and Tamil languages.

Music maestro Ilayaraja has scored tunes for this flick. The post production work is nearing completion and the movie is expected to release next month.