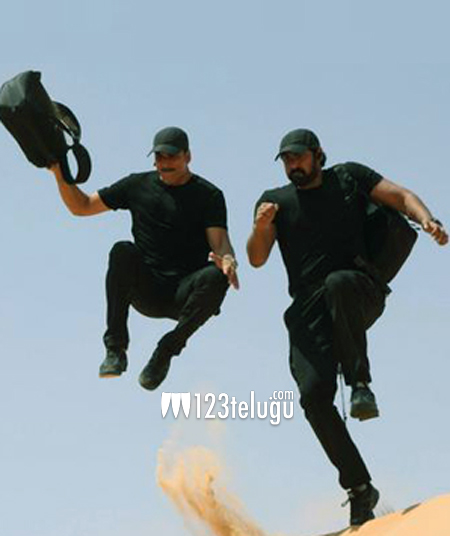 Tollywood action hero Rana Daggubatti, is currently busy shooting for his upcoming Hindi film ‘Baby’. Some action episodes on lead stars Akshay and Rana are currently being shot in a desert in Abu Dhabi. The temperatures in the region are soaring up to 49 degrees centigrade, and Rana is sweating it out for this tough schedule which will go till the month end.