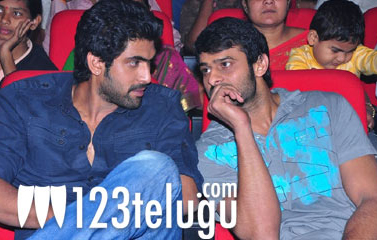 Rana couldn’t have started his new year on a better note. He has officially joined the cast of S S Rajamouli’s upcoming magnum opus tentatively titled Baahubali and the actor has gone a step ahead and revealed a bit about the role he’s going to play in the film. Talking about his role, Rana tweeted, “YES!! And now its officially official. I play Prabas’s brother and the Negetive lead in @ssrajamouli ‘ s next.Being produced by KRR/@Shobu” From his statement, it’s not clear that Baahubali is about brothers turned foes and jealousy between the two brothers is likely to be one of the major aspects in the film. S S Rajamouli is an expert at extracting high emotions aided by jealousy and we have already seen films like Magadheera and even Chatrapathi which had this theme. The film is going to be launched later this year.