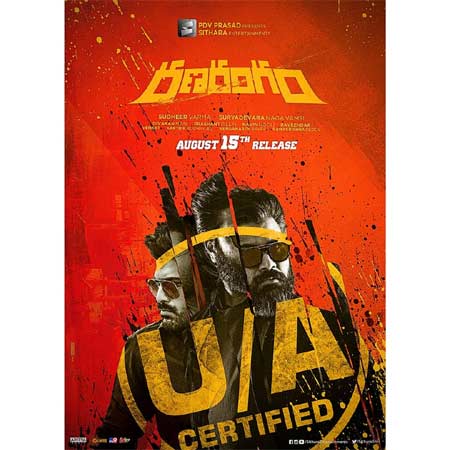 Sharwanand has banked heavily on his latest film Ranarangam which will hit the screens on the 15th of August in a grand manner. Now, the latest we hear is that the film has completed its censor with a U/A certificate.

The film is a gangster drama and is based in the ’90s and will showcase Sharwa in two age groups. The censor report is quite good as the sources say that the crime drama has come out well.

Sudheer Varma directs this film which has Kalyani Priyadarshan and Kajal as the female leads. Aadarsh Balakrishna and Raja play key roles.