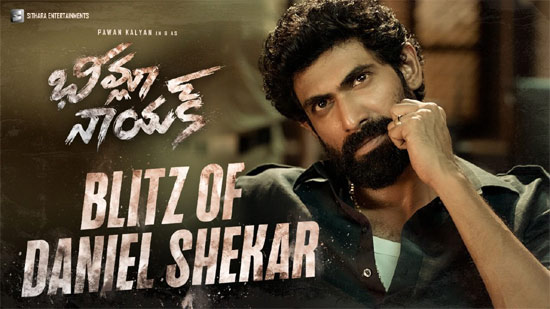 A few days back, the makers of Bheemla Nayak released the first look of Rana’s character named Daniel Shekhar for the fans.

The teaser has been loved by one and all and has crossed five million views. This is something huge keeping Rana’s popularity in mind.

With this teaser, the buzz for the film has also gone up a notch higher. Pawan Kalyan plays the main lead in this film which is being directed by Sagaar Chandra. Trivikram pens dialogues.