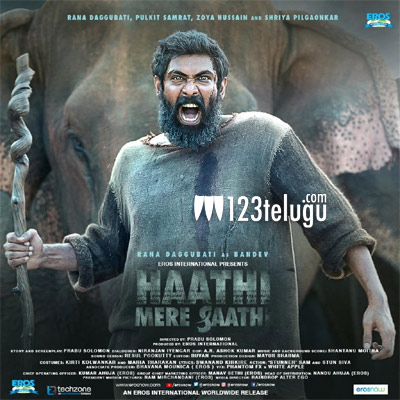 From the past one year or so, Rana Daggubati is working on a trilingual film titled, Haathi Mere Saathi. Directed by Prabhu Solomon, the film showcases the thick bonding between a man and a wild elephant.

Meanwhile, the latest news is that the makers have announced that the film will hit the screens on April 2nd. They also released the first look poster of the film where Rana is seen in a tribal getup.