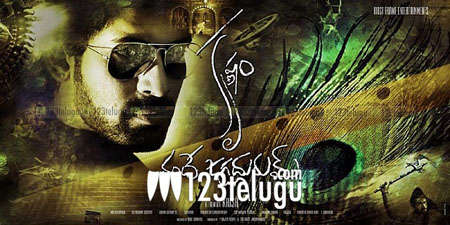 The shooting of Rana, Nayanthara’s upcoming film Krishnam Vande Jagadgurum is almost complete except for a song. Recently, a song which goes like ‘Ranga Marthanda B Tech Babu’ was shot on Rana, Raghu Babu and few other artists in Hyderabad. Rana has been working really hard for the film and the action episodes are said to be major highlight of the film. Krish is directing the film and it’s his first full fledged action film. Saibaba Jagarlamudi and Y Rajeev Reddy are producing the film. Mani Sharma is composing the music and V S Gnanasekhar is the cinematographer. Currently, the film is in post production stage and it might hit the screens on October this year. Rana was seen in Naa Ishtam earlier this year and this will be Nayanthara’s first Telugu film release since Sriramarajyam.