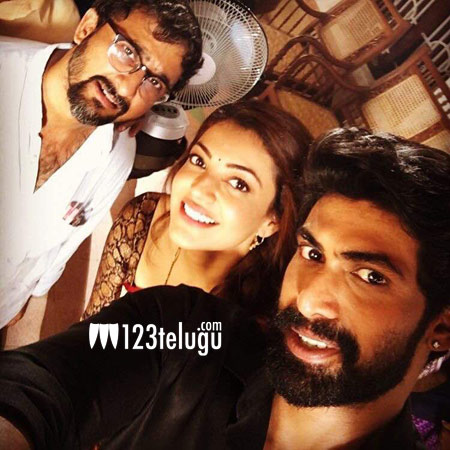 It is already known that Rana Daggubati is working on a project with director Teja. Titled Nene Raju Nene Mantri, the film recently wrapped up a major schedule in Rajahmundry and currently, the shooting is going on in Hyderabad.

Now, the latest update is that the makers have officially announced the film’s title as Nene Raju Nene Mantri and they are planning to release the film simultaneously in Telugu, Tamil, Malayalam and Hindi languages.

This intense political drama has Kajal Aggarwal as its female lead and ace producer Suresh Babu is producing it. Catherine Tresa will be seen in a crucial role.