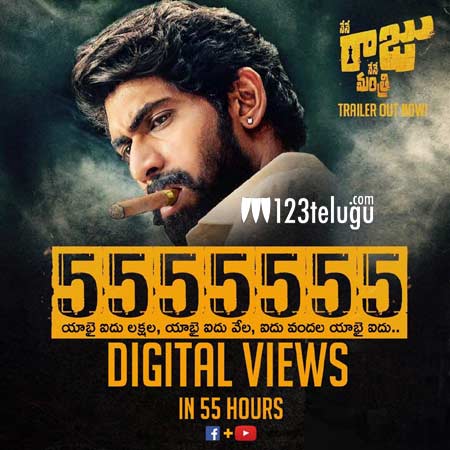 The theatrical trailer of macho hunk Rana’s Nene Raju Nene Mantri has reached a magical figure. The trailer has clocked 55,55,555 views on YouTube and Facebook in just 55 hours of its release.

The trailer showcases an ambitious journey of a village man named Jogendra, played by Rana. Rana’s rise from being a simpleton to the Chief Minister’s chair forms the film’s story.

NRNM stars Kajal Aggarwal and Catherine Tresa in prominent roles and it is produced by D Suresh Babu, Bharath Chowdary and Kiran Reddy.