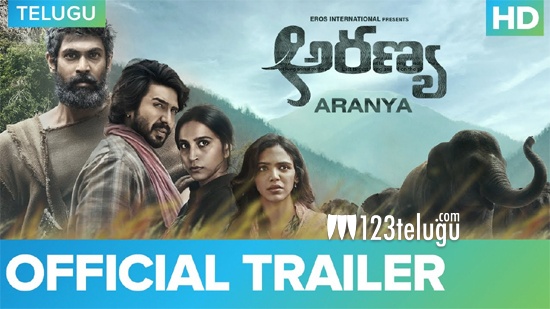 The theatrical trailer for Rana Daggubati’s upcoming action adventurous drama, Aranya, has been launched this evening. In the movie, Rana plays Bandev, a protector of forests and its elephants. Rana’s rugged avatar in a thick, long beard will be a new experience for his fans.

Going by the action-packed trailer, Aranya is all about the man vs nature conflict. How Rana takes on the Forest Minister’s move to build a mega project in the forest by building a 60 km wall to confine the elephants from entering the village for water forms the main story. “Man’s atrocities in the animal world,” is the main theme of Aranya.