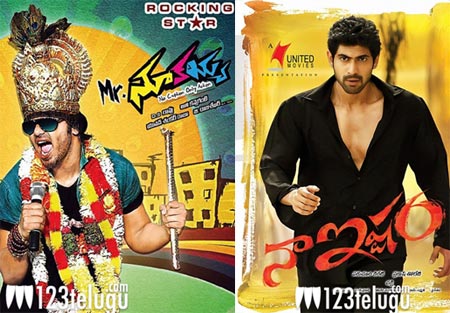 As per the information circulating in the industry, a new 90 second promo of Young Hunk Rana Daggubati’s romantic comedy entertainer ‘Naa Ishtam’ will be shown in the theaters screening Rocking Star Manchu Manoj’s action entertainer ‘Mr. Nookayya’. The trailer should be available soon.

Rana’s ‘Naa Ishtam’ is gearing up for release on March 23rd and the film has Genelia as the heroine. Prakash Tholeti is the director. Meanwhile, Manoj’s ‘Mr. Nookayya’ is being received well by students and young adults and the superb action sequences performed by Manoj in the movie are said to be the biggest attractions.