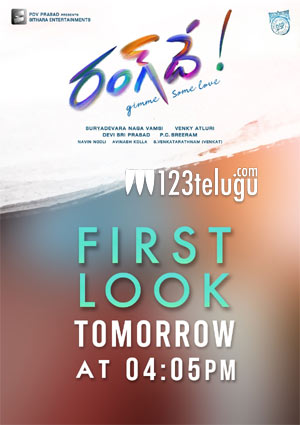 Nithin is super happy with the success of his latest film Bheeshma. The film made good money and won the hearts of many. Nithin is busy with his new film Rang De as of now.

The film is being directed by Venky Atluri and the shoot has crossed the halfway mark. The latest news is that the first look of the film will be out tomorrow.

Keerthy Suresh plays the female lead in this romantic entertainer. The film has a superb theme and we need to see how the pair of Nithin and Keerthy looks like on screen.