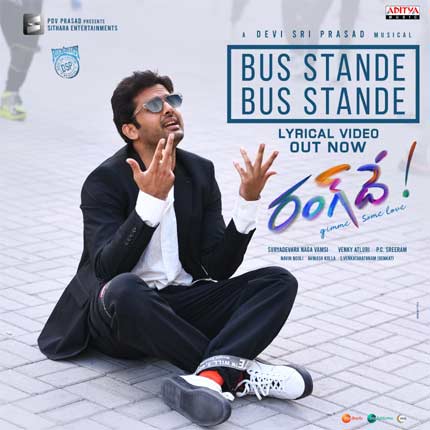 Bus Stande Bus Stande, the new single from Nithiin and Keerthy Suresh’s upcoming romantic entertainer, Rang De, has been unveiled this morning. The song is full-on fun and showcases how the male protagonist Nithiin’s life turns upside down after his wedding with heroine Keerthy Suresh.

Rang De is directed by Venky Atluri and produced by Naga Vamsi under Sithara Entertainments banner. The film is slated for release on March 26.