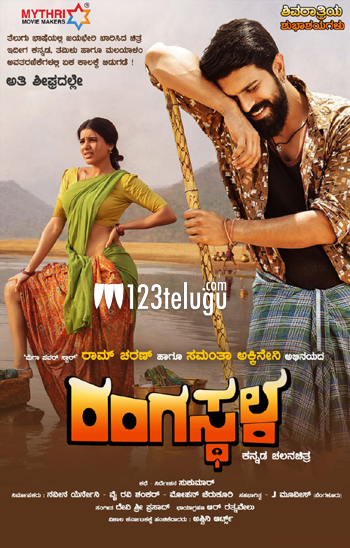 Released in summer last year, Ram Charan and Sukumar’s acclaimed rural drama, Rangasthalam, went on to become the all-time third highest grossing Telugu movie by collecting over Rs 200 crore gross. And now, the film is all set to pull off a rare feat for a Telugu film.

Mythri Movie Makers, the banner that produced Rangasthalam, will release the Kannada version in association with JM Movies. The film is titled Rangasthala in Kannada.