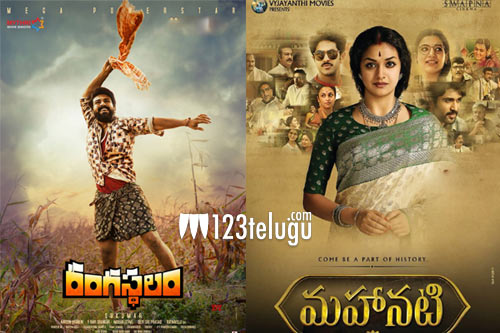 Rangasthalam and Mahanati are two of the most successful and critically acclaimed Telugu movies that released in the first half of this year. Now, both the movies will be competing for the Best Film award at the this year’s edition of the Indian Film Festival of Melbourne.

IFFM 2018 will take place in Melbourne, Australia, between August 10 to 22. Ram Charan will be attending the awards ceremony on the 22nd. Mahanati, apart from the Best Film nomination, is also nominated in the Best Actress (Keerthy Suresh) and Best Supporting Actress (Samantha) categories.