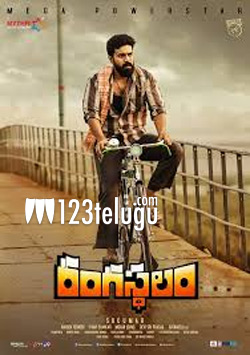 Rangasthalam is a true blockbuster in every which way. Not only did it collected over 100 crores at the box office but also brought good profits to the distributors in all its areas of release.

Now, the same has happened once again as the film was a rage when it was aired on TV last week. The village drama made a solid TRP of 19.5 once again proving the craze of the film.