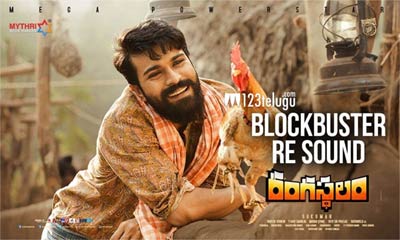 And finally, on its 4th day, Ram Charan’s Rangasthalam has become the 4th all-time highest grossing Telugu movie in the US. Until 10 pm, Rangasthalam grossed over $80K, taking its latest total to $2.45 million.

This is the first $2 million movie for Ram Charan and second for Sukumar, after NTR’s Nannaku Prematho. Stay tuned to 123telugu for more box-office reports on Rangasthalam.