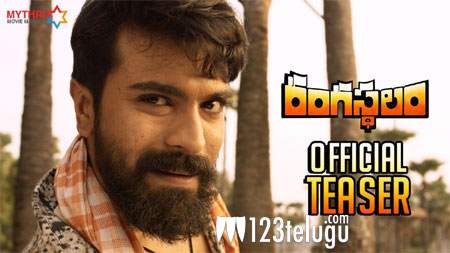 Charan plays a partially deaf person in the film and his role has been elevated quite superbly in the teaser. The rustic visuals and the Godavari dialect add a lot of depth to the film.

The entire set up in the movie looks quite realistic and the last shot in the teaser looks massy and raises the expectations to another level. Sukumar has so far done a great job and has surely lived up to the expectations as of now.

Slated for a March 30th release, this film has now surely become a hot cake in the film circles. Mytri Movies produces this film which has music by Devi Sri Prasad.