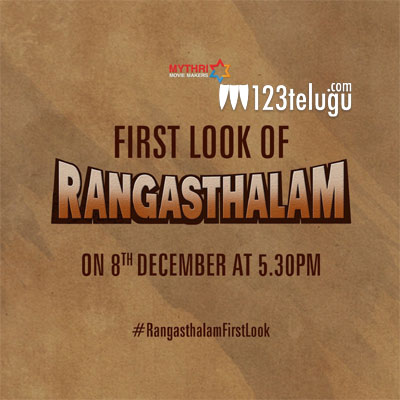 The first look of Ram Charan’s upcoming film Rangasthalam 1985 is all set to be unveiled on December 8 at 5:30 PM. Directed by Sukumar, the film also stars Samantha in the lead role, and Aadhi Pinisetty is also playing a crucial role. Mythri Moviemakers are producing the film.

The film is in the final stages of shooting. Ram Charan will be seen in a completely different avatar in this drama, and many have praised the Rangasthalam team for recreating the 80s look for the film.

The film is expected to hit the screens in summer, 2018. Rathnavelu is the cinematographer and DSP is scoring the music.