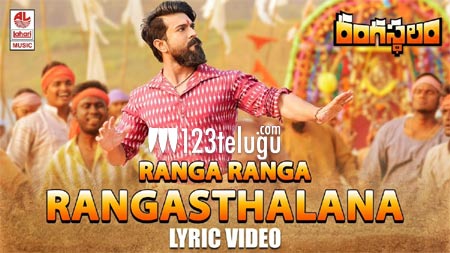 DSP has been under a lot of pressure lately as he was being trolled for composing routine tunes for his last few films. So much was expected from him with Rangasthalam as the film was a different village drama.

DSP did not disappoint the fans as he gave a rocking first number called Yenta Sakkagunnave which became an overnight chartbuster. Today, the second song which is the title track was released all over.

The first impression we get from this song is that DSP has played it to the masses with his crazy village beats. The tune and dance steps of Charan will surely leave the fans and masses dancing in the theaters.

Within minutes, the song has gone viral and the social media is abuzz with positive messages for the composer. We need to see what kind of songs are in store for us in the coming days.

Sukumar directs this film which has Samantha as the female lead.