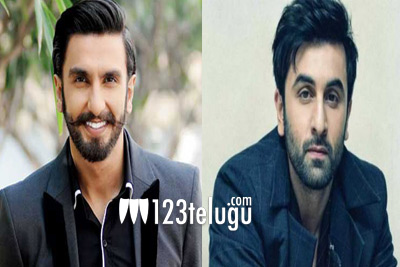 Ranbir Kapoor and Ranveer Singh are not only two of the biggest stars in the country but also among Bollywood’s most talented bunch of youngsters. In recent past, while Ranveer impressed quite a lot of people with his performances in Padmaavat, Ram Leela, and Bajirao Mastani, Ranbir Kapoor wowed critics and audiences alike with films like Barfi, Tamasha, Rockstar to name a few.

The fierce competition between the two actors hasn’t gone unnoticed. Ranveer Singh has had a dream run at the box office in the past three years, thanks to his collaboration with Sanjay Leela Bhansali, and it’s only now that Ranbir Kapoor has bounced back with the mega success of Sanju.

In a recent interview when Ranbir was asked about his thoughts on the constant comparisons with Ranveer Singh, he said, “Ranveer inspires and excites me. There are times when his films do better than mine and hopefully my films too will do better than his in future. It will be an interesting pattern. He is a phenomenal performer. The competition is healthy and it is only pushing us to do better.”