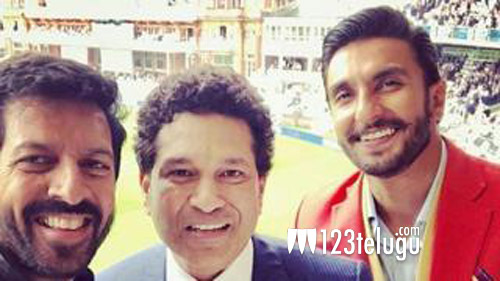 Yesterday, Ranveer Singh and the film’s director Kabir Khan watched the ongoing test match between India and England at the prestigious Lord’s stadium in England. During the match, they bumped into legendary cricketer Sachin Tendulkar and even posed for a picture with him. Kabir Khan announced that they have begu6 preparations for the film at the Lord’s.

83 will hit the screens on August 30, 2019. The regular shooting will kick-start towards the end of this year. Bollywood production house Phantom Films will co-produce the movie. 83 will also release in Telugu.