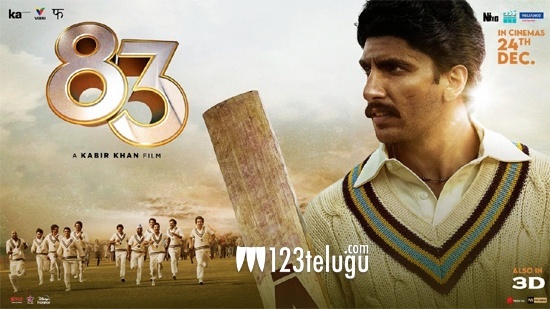 The latest news is that 83 has finally arrived on OTT. The Hindi, Telugu, Tamil, Kannada, and Malayalam versions are streaming on Disney+ Hotstar now. It has premiered later last night.

The film debuted on OTT without any prior announcement.

83 is based on the Indian cricket team’s triumphant journey in the 1983 men’s cricket World Cup.