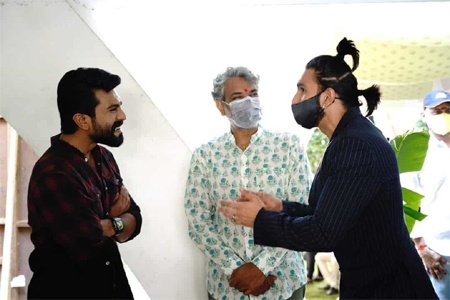 After a lot of delay, Ram Charan’s film with Shankar finally went on floors today. The film was launched in a big way today in Hyderabad and some big names came in as guests.

Out of them, Hindi star, Ranveer Singh came in as a special guest. Ranveer was seen interacting with the likes of Chiru and everyone at the event.