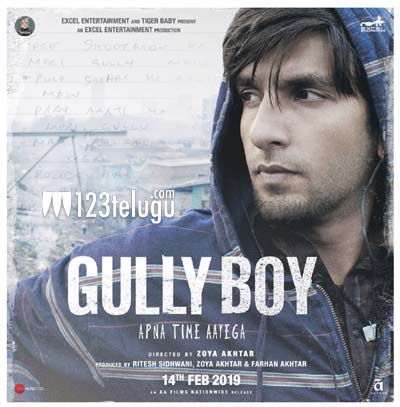 Ranveer Singh is back in news, yet again, thanks to his upcoming film Gully Boy. Directed by Zoya Akhtar, the film also has Alia Bhatt playing a lead role, and it narrates the story of how a youngster from a slum in Mumbai becomes a popular rapper.

The film was recently premiered at the prestigious Berlin Film Festival. Not only did it get glowing reviews from critics, but also the film got a thunderous response and a standing ovation at its first public screening. Ranveer Singh went a step further and entertained everyone with his impromptu rap.

Several critics stated that they had never seen such a response at Berlin film festival in more than 20 years. Meanwhile, going by the early reports, Ranveer Singh is said to have delivered the best performance of his career, and Alia too is said to be terrific in the film. Gully Boy is going to hit the screens on February 14.