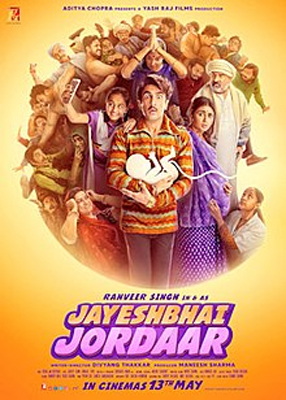 Young heroine, Shalini Pandey made heads turn with her bold role in Arjun Reddy. Yash Raj Films roped her in for Ranveer Singh’s Jayesh Bhai Jordaar. The film’s trailer looked quite entertaining and created a good buzz for the film.

Now, the film has been released today, and shockingly, the film has received quite dull reviews. Most of the leading critics have panned the film.

The occupancy is also low in most areas and by the looks of it, the film will surely face issues in the days to come. Ranveer Singh is shown as Jayesh Bhai who is forced to produce a baby boy by his strict father.