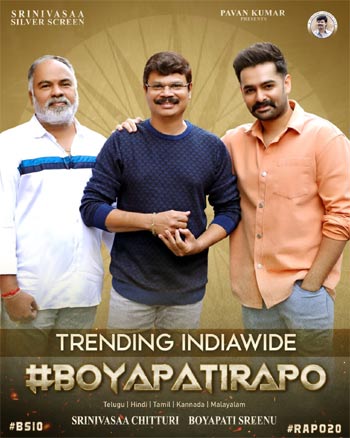 Boyapati Srinu, who scored a gigantic hit with Akhanda, has announced his upcoming movie today. Energetic star, Ram Pothineni is playing the hero in this action drama.

Production house, Srinivasaa Silver Screen, which is currently producing Ram Pothineni’s The Warriorr, is also bankrolling this interesting project. The team has decided to make it a pan-India movie and announced that the movie will be released in Telugu, Tamil, Kannada, Malayalam, and Hindi.