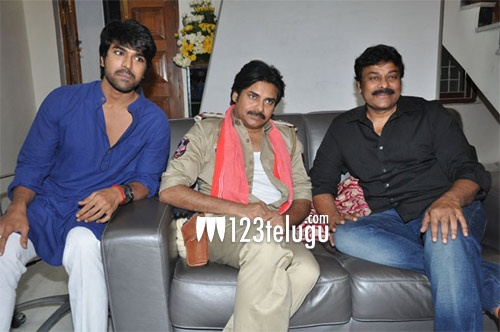 Fans of both Pawan and Charan were quite thrilled when the Powerstar watched Rangasthalam along with his wife, Ram Charan and Upasana last night. Interacting with the media after the screening, Pawan said that he liked the film a lot and that he will talk more about the movie in the success meet.

Since then, the joy of Chiranjeevi, Pawan Kalyan and Ram Charan’s fans knew no bounds. It will be after a very long time that all the three stars of the Konidela family share the same stage together. An official announcement regarding Rangasthalam’s success meet will be out soon.