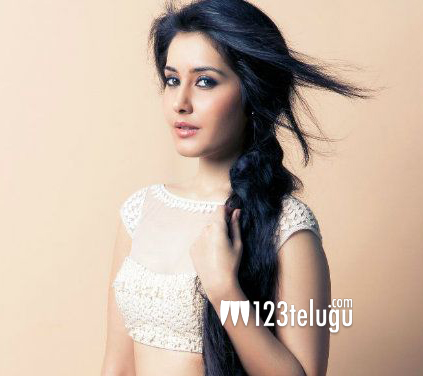 After making her debut in Oohalu Gusa Gusa Lade, which went on to be a hit at the box office, Rashi Khanna is all set to play the female lead along side Gopichand in an untitled movie. The actress seems to have impressed the makers with her efforts in the recently released romantic comedy.

This film will be directed by Radha Krishna Kumar who has penned the dialogues of Sahasam. Mirchi producers Pramod and Vikram Krishna Reddy will be producing this flick under UV banner.

The regular shooting will begin from last week of July. Lets hope this actress makes it to the big league with this film