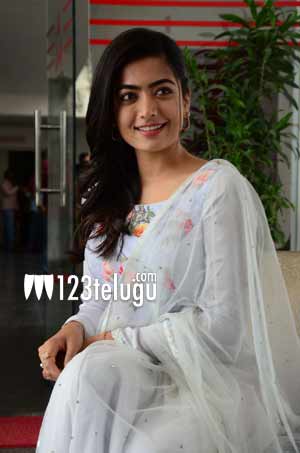 Rashmika’s career is going great guns in Telugu. After pairing up with Mahesh Babu in Sarileru Neekevvaru, she will next be seen in Bheeshma where she’s playing Nithiin’s romantic interest. And this year, she will soon team up with Allu Arjun for Sukumar’s much awaited next. Meanwhile, the actress has been flooded with several interesting films in Tamil as well.

Last year, she had signed a film with Karthi and the movie, titled Sultan, is slated for release this year. Now, the latest rumours suggest that she is in talks for an upcoming action drama starring Suriya. The untitled film is going to be directed by Hari; however, the talks are said to be at an initial stage, and Rashmika hasn’t signed the film yet.

It will be interesting to see if Rashmika indeed comes onboard Suriya-Hari’s next, and if she does, she will be one of the few actresses in recent times to have worked with both Suriya and Karthi in quick succession. More details are awaited.