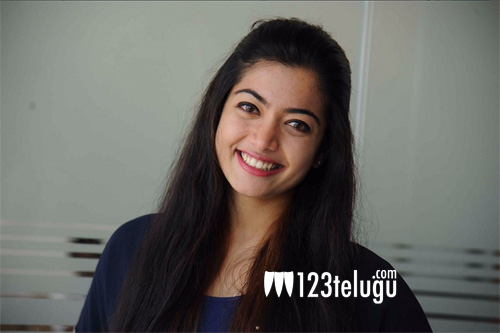 Chalo’s success made young actress Rashmika an overnight sensation in Telugu. From the day, Geetha Govindam’s teasers were released, Rashmika has created a superb buzz with her looks and cute little expressions in the songs.

The news is that post the film’s release, she will become an even bigger craze among the youth say sources. The sources also reveal that her role is quite strong and Parasuram has showcased her in a superb manner which will connect to the youth in a big way.

The talk is that she will even overshadow Vijay Devarakonda in many scenes in the film which is directed by Parasuram. Touted to be a complete romantic comedy, this film is up for a release this Friday.