Rashmika’s beautiful first look as Srivalli from Pushpa The Rise out now
Published on Sep 29, 2021 9:48 am IST 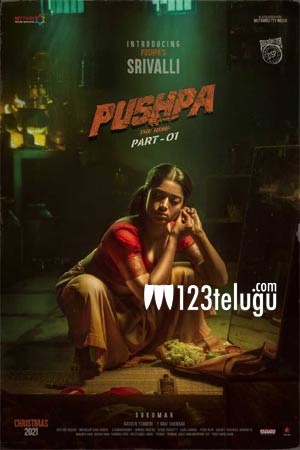 And here’s the first look of young beauty Rashmika Mandanna from the first part of the highly-anticipated pan-India action drama, Pushpa The Rise. Rashmika plays Srivalli in the Sukumar directorial and the poster showcases her as a village belle dressed in a langa jacket.

Rashmika’s character will be quite crucial in Pushpa’s narrative. She is hoping to make a lasting impression with her performance. Also starring Allu Arjun, Mollywood star Fahadh Faasil and Kannada hero Dhananjaya in lead roles, the film is being produced under Mythri Movie Makers and Muttamsetty Media banners. DSP is scoring the soundtrack. The film is slated for a December third week release.