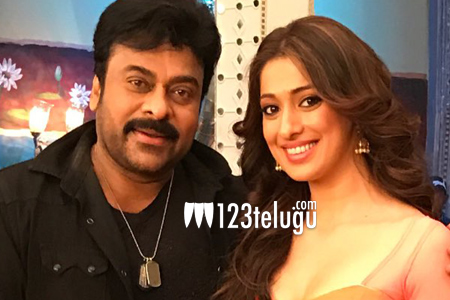 Megastar Chiranjeevi’s most eagerly awaited 150th film, Khaidi No.150, features a special song titled Rathalu Rathalu with Lakshmi Raai sizzling beside Chiru. Lawrence master, who had composer several iconic songs for Chiru in the past, composed this song.

According to the latest reports, Rathalu Rathalu will feature some of Chiru’s signature dance moves which set the silver screens on fire during Chiru’s reign as the hero. We will have to wait until the film’s release to see Chiru’s blast from the past.

VV Vinayak is directing this high budget entertainer and Ram Charan is producing the film.