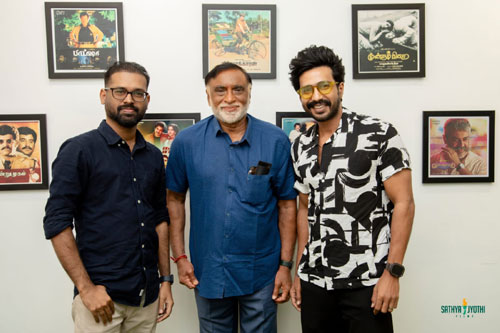 Kollywood hero Vishnu Vishal has joined hands with director Ram Kumar for a lavish project. The film marks the actor-director duo’s hat-trick outing after their previous hits, Mundasuppati and Ratsasan. The latter was remade in Telugu as Rakshasudu and in Hindi as Cuttputlli.

This yet-untitled film, which marks Vishnu Vishal’s 21st project, will be made on a lavish scale by leading Kollywood production house Sathya Jyothi Films. More details about the film’s cast and crew and the shooting plan will be announced soon. Vishnu Vishal was last seen in Matti Kusthi, which he co-produced along with hero Ravi Teja.