Ravanasura’s post-theatrical rights sold for a solid price
Published on Jan 26, 2023 6:59 am IST 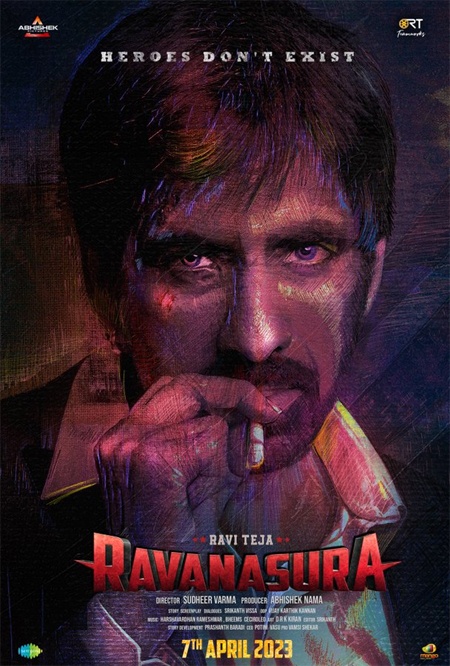 Mass Maharaja Ravi Teja scored a blockbuster with Dhamaka and his fans are now eagerly waiting for his upcoming projects. Ravanasura is one of them and it is news again.

The latest news is that the post-theatrical rights of Ravanasura were sold for a solid price to the Zee network. While the digital streaming rights are with Zee5, the satellite rights are acquired by Zee Telugu.

Directed by Sudheer Varma, the movie has Anu Emmanuel, Poojitha Ponnada, Daksha Nagarkar, Faria Abdullah and Mega Akash as the female leads. Sushanth is the antagonist, while Rao Ramesh, Murali Sharma, Sampath Raj, Nithin Mehta, and others will appear in supporting roles.

Produced by Abhishek Pictures and RT Teamworks, the movie, scheduled to release on April 7, 2023, has music composed by Harshavardan Rameshwar and Bheems Ceciroleo. Keep checking this space for more interesting updates.