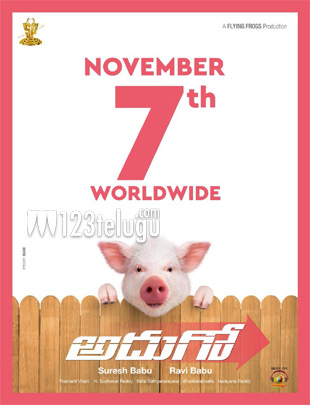 Actor-director Ravi Babu’s experimental flick, Adhugo, attracted audiences with its fun-filled trailer which was released a few weeks back. The film’s story is centered around a piglet named Bunty, and Ravi Babu took enough time to get top class VFX.

Satisfied with the output, the makers have finally announced that Adhugo will be releasing on November 7th. Suresh Babu has produced the film under his Suresh Productions banner.

Apart from directing the film, Ravi Babu also plays a crucial role in the movie. Nabha Natesh is the leading lady in the movie.