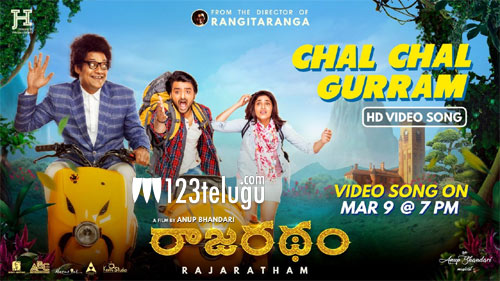 Rajaratham is one film which has created a good buzz for itself. The latest we hear is that a new song from the film, Chal Chal Gurram will be released on the 9th of March at 7 PM.

The interesting aspect here is that the song has been sung by famous dubbing artist and actor Ravi Shankar who plays a crucial role in the film. Rajaratham is up for a release on the 23rd of March. and is directed by Anup Bhandari.

The film stars Nirup Bhandari and Avantika Shetty as the lead pair. Rana and Tamil hero Arya will be seen in interesting roles.