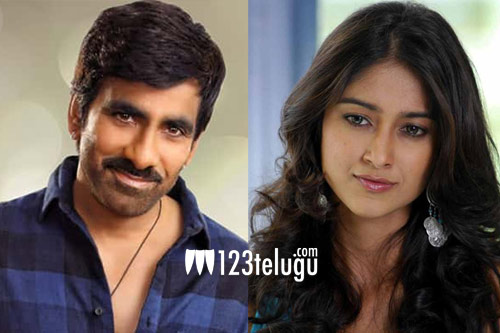 Hero Ravi Teja and actress Ileana have shared screen space with each other in three films so far – Kick, Devudu Chesina Manushulu and Ileana’s Tollywood comeback film, Amar Akbar Anthony. Now, if the ongoing buzz is anything to go by, Ravi Teja and Ileana are all set to join hands for the fourth time.

However, it is not going to be a full-fledged role for Ileana this time around. Apparently, the svelte beauty will be sizzling in a special song in Ravi Teja’s ongoing action drama, Ramarao on Duty. If the news turns out to be true, more details about this special number will be out soon.

Ramarao on Duty has young beauties Divyansha Kaushik and Rajisha Vijayan as the female leads. Directed by debutant Sarath Mandava, the film is being produced by Sudhakar Cherukuri. Sam CS is composing the soundtrack.