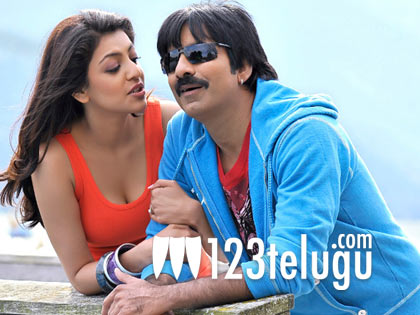 Mass Maharaja Ravi Teja and Kajal Aggarwal have teamed up for the film ‘Sir Osthara’ and this movie is currently being shot in Ramoji Film City’s Airport set. Ravi Teja and Kajal are participating in a few romantic sequences in this shoot. Richa Gangopadhyay is the second heroine in this movie and she will be joining the film’s shoot soon.

A major part of this movie will be shot in Ooty and the production team is planning to make use of Ooty’s great climate and scenery in the monsoon season. Parasuram is the director of this movie and Ashwini Dutt is the producer. The film is going to be a romantic comedy entertainer, as per the makers of the movie.