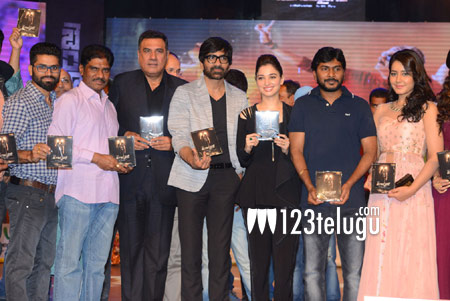 Mass Maharaja Ravi Teja is back with a high budget action entertainer, Bengal Tiger. The film’s teaser was released a while a ago and it showcases the vintage Ravi Teja packing a solid punch. The Mass Maharaja is also at his best in the looks department and the image makeover seems to be falling into place finally.

Bengal Tiger is directed by Sampath Nandi and it features Tamannaah and Raashi Khanna as the female leads. Bheems composes music for this high voltage action entertainer and KK Radhamohan is the film’s producer. The film’s audio launch will take place on the 18th of this month and the film will release on 5th November.