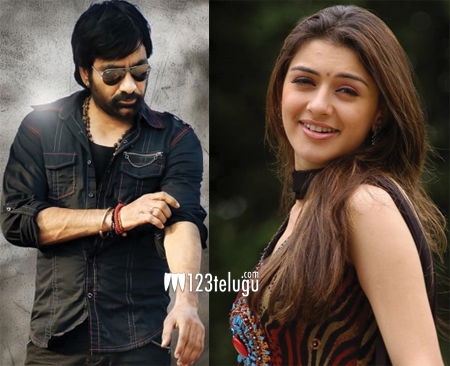 Ravi Teja is finally gearing up to shoot his next film post the release of Balupu. He was reportedly quite careful about his choice of scripts after Balupu became a hit and finally, he agreed to play the lead role in a mass entertainer. K S Ravindra (Bobby), who had written the script of Balupu, is going to direct this untitled film.

The latest buzz is that this film is going to begin from December 11. The film was officially launched earlier this year; however, the project came to a stand still when YVS Chowdhary, who was supposed to produce the film, backed out. Recently, noted Kannada film producer Rockline Venkatesh came forward to produce the film.

Ravi Teja and Hansika are going to play the lead roles in the film and another actress is yet to be finalized. Thaman is scoring the music and he has already begun working on the tunes. Allan Amin, who has worked on films like Dhoom, Race, is going to choreograph the stunts. Arthur Wilson is the cinematographer and Brahma Kadali is the art director. The film will be mostly shot in Hyderabad and Kolkata.