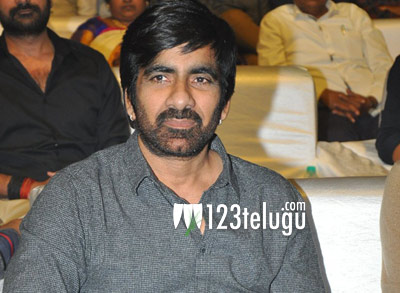 Speaking at the pre-release event of his upcoming action entertainer, Touch Chesi Chudu, hero Ravi Teja was all praises for the film’s debutant director Vikram Sirikonda. The Mass Maharaja said that Vikram has surprised him by surpassing his expectations and that Tollywood has a very talented director in Vikram.

Touch Chesi Chudu’s complete audio album, composed by popular Bollywood music director Pritam’s JAM8, is out today. Ravi Teja will be seen as a fearless cop in the movie. Touch Chesi Chudu is hitting the screens on February 2. The film has Raashi Khanna and Seerat Kapoor as its leading ladies. Nallamalupu Srinivas and Vallabhaneni Vamsi are producing the movie.