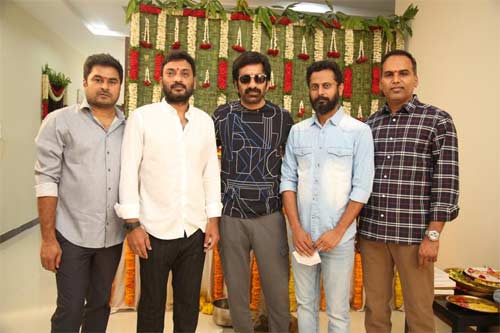 Mass Maharaja, Ravi Teja has given a nod to yet another interesting project. He will join forces with a debut director named Sarath Mandava for an action drama.

Sarath Mandava previously worked as a writer for films of Venkatesh, Ajith, Kamal Haasan, and Mohan Lal. Although Ravi Teja was committed to doing films with other directors, he advanced Sarath Mandava’s movie since he was bowled over by the script.

The story is inspired by true incidents and Ravi Teja plays a never-seen-before role in the movie.
Divyansha Koushik of Majili fame is roped in as the heroine opposite Ravi Teja.

Produced by Sudhakar Cherukuri under the SLV Cinemas LLP banner, the shooting will start soon.