Ravi Teja keen on collaborating with his director yet again
Published on Oct 19, 2020 1:00 am IST 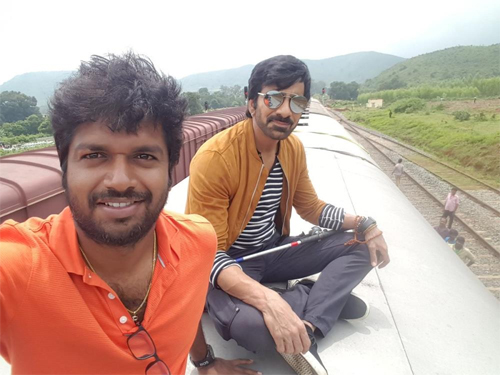 Hero Ravi Teja’s Raja The Great completes 3 years of its theatrical journey. This Anil Ravipudi directorial released on this day, in 2017, and went on to revive the Mass Maharaj’s career by becoming a decent grosser at the box-office.

Celebrating 3 years of Raja The Great, Ravi Teja took to Twitter earlier today said that the film will always be close to his heart for its uniqueness! Thanking his director for introducing him to Raja’s world, Ravi Teja said that it was fun working with Anil Ravipudi and concluded saying that he is looking forward to it again.

Well, Ravi Teja has his hands full at least until the end of 2021. Even Anil Ravipudi will be busy with F3 and a female-centric film next year. It remains to be seen if this successful duo will manage to join hands yet another time in the next couple of years.

3 years of Raja The Great… A film I'll always hold close to my heart for it's uniqueness!! Thank you @AnilRavipudi for introducing me to Raja's world…! It was super fun working with you. Looking forward to it again 😊😊 #3YearsForRajaTheGreat😎 pic.twitter.com/06KvQa2pIQ