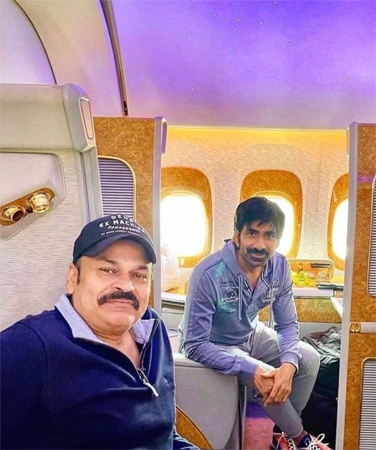 A few days back, we had revealed that the shooting of Ravi Teja’s Khiladi will be done in Dubai. The star has left for Dubai yesterday.

On the flight, he suddenly bumped into mega brother Naga Babu. Ravi Teja happily posted the picture which shows both the actors seated in business class.

Khiladi is directed by Ramesh Varma and is a remake. On the other hand, Naga Babu is busy with his own shows on his YouTube channel.